Military Junta continued to use force and death toll reached 193 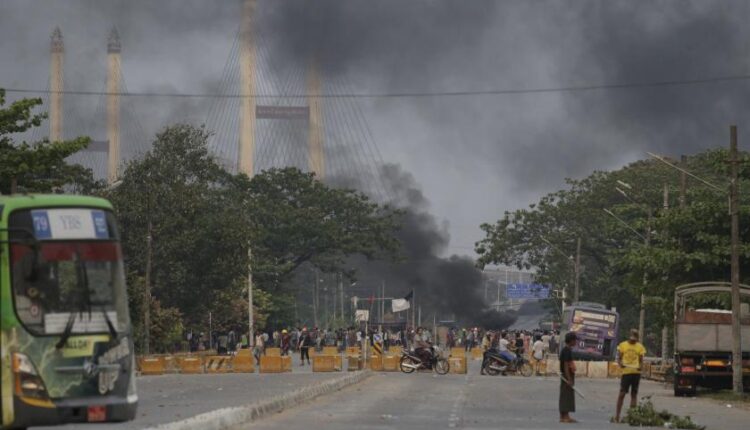 Two more people, including a pedestrian, were shot dead and three were wounded Tuesday by the military regime’s security forces when they fired on anti-regime protesters in Yangon and Sagaing regions.

As of Tuesday, Myanmar’s protest-related death toll since the military’s Feb.1 coup totaled 193.

On Tuesday afternoon, hundreds of protesters returning home from an anti-regime demonstration in Sagaing Region’s Kawlin Township were fired upon by security forces while they were surrounding a man accused of being an informer for the military regime.

During the shooting, a male protester was shot dead and another was injured. Three protesters were arrested.

In the evening, police and soldiers used live rounds and stun grenades in cracking down on protesters who had gathered in front of the township’s police station demanding the release of three detainees, according to residents and news reports by Sagaing Region-based media.

During the shooting, two more protesters were wounded.

A witness told The Irrawaddy that the man was deliberately shot dead while he was walking along the roadside, despite the fact there was no protest near the area.

Security forces also removed roadblocks set up by protesters to protect the anti-regime demonstrations from crackdowns across Yangon on Tuesday.

Police and soldiers also took violent action against an anti-regime protest near the Bayintnaung junction in Yangon’s Mayangone Township.

Security forces of the military regime killed at least 73 protesters on Sunday, making it the country’s bloodiest day since the Feb. 1 coup.

Amid the deadly crackdowns, tens of thousands of people across Myanmar have taken to the street day and night to protest the military regime.