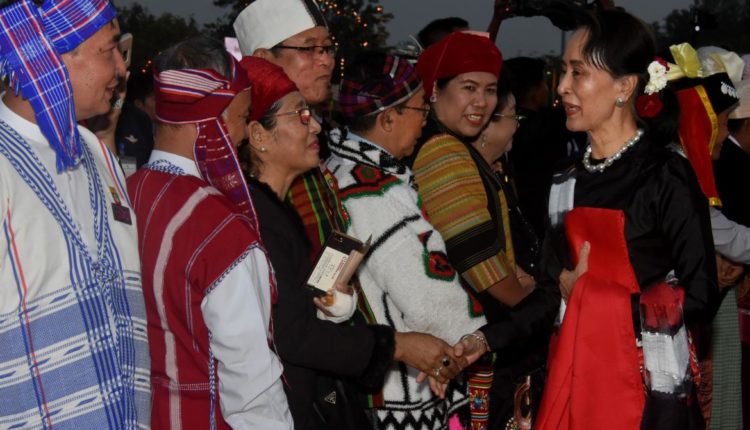 NAY PYI TAW — Two ethnic armed groups signed the Nationwide Ceasefire Agreement on Tuesday in a move which the government hopes will revive a flagging peace process dogged by continuing fighting and widespread distrust of the army.

Aung San Suu Kyi made peace her top priority when her civilian administration took office in 2016 to end five decades of military domination.

Chinese New Year to be celebrated on a grand scale in…

But there has been little to show for the effort, with swathes of the country still riven by unrest that has displaced tens of thousands.

She conceded that the “light of peace… cannot cover the whole country”, adding “our country is facing a lot of pressure and criticism from the international community” — an apparent reference to the outcry over the Rohingya refugee exodus.

Tuesday’s signatories have not actively clashed with the army for some time but were part of a bloc of ethnic armed groups that resisted signing the ceasefire pact under the former military-backed government.

“We believe in Daw Aung San Suu Kyi but we’ll have to see what happens on the road ahead, because the government and the military are not very united,” LDU chairman Kya Khun Sar told AFP before the signing.

Prev Next 1 of 32
Stay With Us
Popular Topics

Refugees to be checked before arrival…